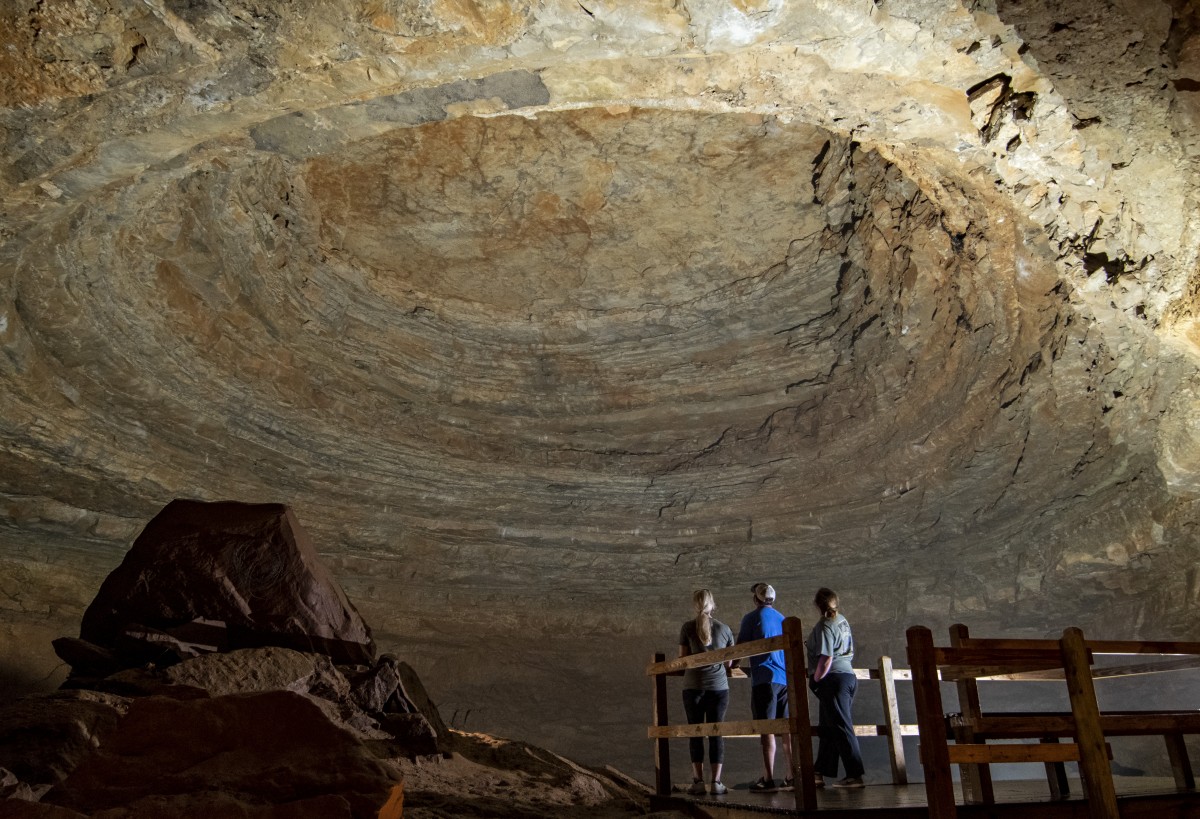 Hey, y’all! Kentucky is full of adventure, though some of our excursions are more unique than others. In my opinion, one of our greatest assets – and most notable – are our caves. And there’s no better place to experience our cave culture than in one of Kentucky’s most beloved communities: Hart County, Kentucky! While it’s always a good time to explore Hart County, you have an extra-appealing reason to do so this year: it’s the International Year Of The Cave!

This post is in partnership with Horse Cave/Hart County Tourist Commission. Thank you all for supporting those that make Unabashedly Southern possible. All opinions expressed are my own.

2021 is a celebration for our nation’s caves and karst (both in our National Parks and beyond).

International Years were created to celebrate and inform the world about important topics, many of which are not known to the general public. Caves and karst occur around our planet but few people understand their great value.

The International Year of Caves and Karst is organized by the International Union of Speleology, the worldwide organization of cave and karst explorers, scientists, managers, and educators.

Haven’t explored many caves? There’s no better place to start than Hart County, Kentucky — a community chock-full of adventure, conveniently located off of I-65. The three caves of Hart County are all unique and worth a visit; that said, they are one of the three counties that have domicile over the world’s largest cave: Mammoth Cave!

Where To Celebrate the International Year Of The Cave in Kentucky: Hart County

Hidden River Cave is an 8-mile labyrinth dissolved by a subterranean river flowing beneath the historic small town of Horse Cave. You might recognize it from the Discovery Channel Series “Dirty Jobs”.

From the American Cave Museum, to an amazing zipline, to rappelling — adventure awaits at Hidden River Cave! Oh, and did I mention that they have the world’s longest underground swinging bridge?

In 1867, famed naturalist John Muir called this cave “a noble gateway to the birthplace of springs and fountains and the dark treasures of the mineral kingdom.” You don’t want to miss the region’s greatest photo op of a gorgeous cave right on Main Street in the middle of town!

One of the most beautiful and easily accessible caves in the US, Mammoth Onyx Cave was discovered in 1799 and opened to public tours in 1922. Tours are scheduled throughout the day and no prior reservations are necessary. The tour is approximately 45 minutes. This is an active cave; when it rains, the water drips down through the ground and into the cave continually creating new formations! There are many different formations to behold in the cave, such as stalagmites, stalactites, cave popcorn, and cave cauliflower.

Located in Hart, Barren, and Edmonson counties — Mammoth Cave National Park is one of Kentucky’s “There’s Only One” attractions.

Mammoth Cave National Park is a park on two levels – 52,830 acres of reclaimed hardwood forest and winding waterways, and below it, the longest known cave system in the world, surveyed at 400 miles to date.

Caves – and all related landforms, such as sinkholes, springs, and sinking streams – are collectively known as karst.

Where can you find karst?

Karst forms in areas worldwide where rocks naturally dissolve. If you live near limestone, marble, gypsum, or rock salt — you are likely near karst.

Where is karst found in the United States?

Karst can be found throughout the United States, though is largely concentrated in eastern states such as Indiana, Missouri, Florida, Kentucky, and Tennessee. I am, obviously, biased to our karst in the Commonwealth of Kentucky!

Learn More About The International Year Of The Cave

For more information take a look at the International Year of Caves and Karst website: http://iyck2021.org/.

Hart County, located in South Central Kentucky, lies predominately within the central portion of the Pennyroyal region of the state. Nolin River forms the western boundary of the county and the Green River winds through the center. Hart County contains five of Kentucky’s ten largest springs, including Gorin Mill Spring, the largest in the state. Further, they are home to world-famous Hidden River Cave, part of Mammoth Cave National Park, Kentucky Down Under, and an award-winning trail system.

An Interview With MK Hennigan