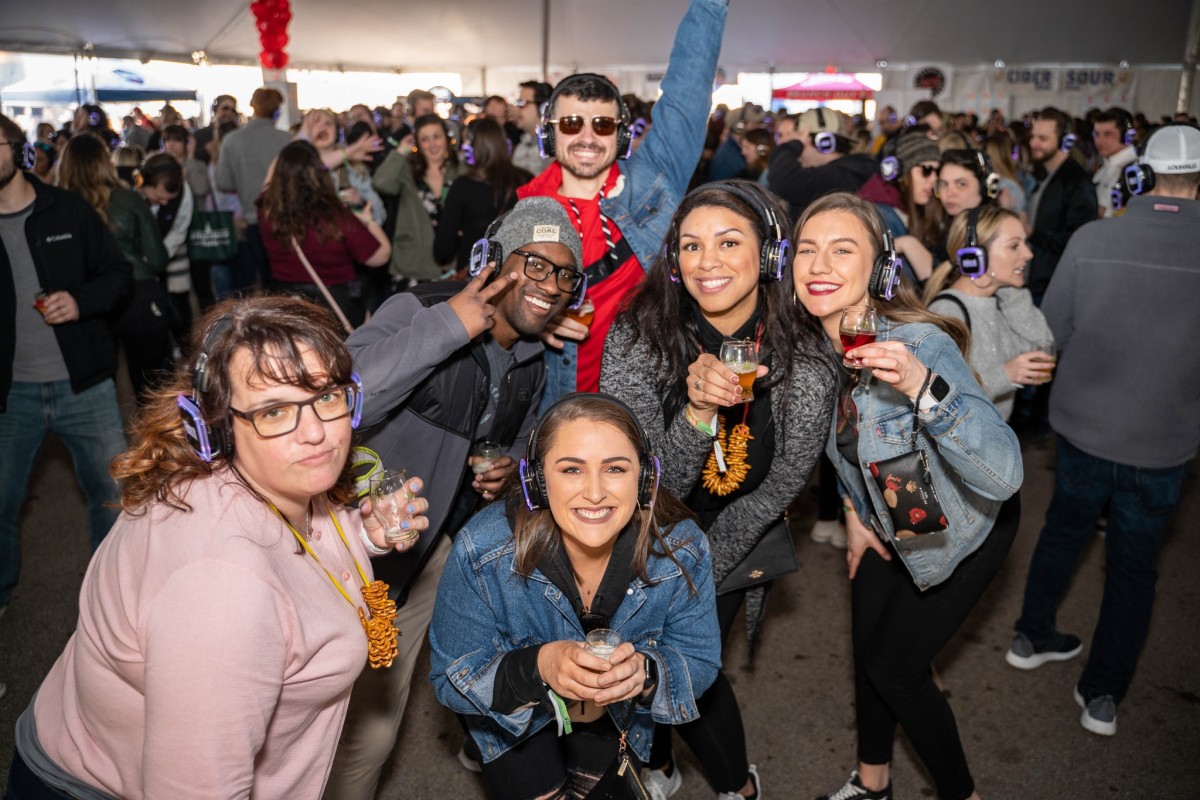 Hey, y’all — I recently had the pleasure to sit down with Tailspin Ale Fest Co-Founder Trevor Cravens for my “Five Questions” series.

1. Trevor, for those unfamiliar, tell me about Tailspin Ale Fest.

Tailspin Ale Fest is the largest beer festival in KY that brings together more than 75 craft breweries offering more than 275 craft beers at historic Bowman Field. Craft beer takes center stage, but this is much more than a beer festival. Tailspin Ale Fest is the social event of the season where friends gather to dance in Drake’s Silent Disco, check out vintage planes, feast at one of ten food trucks, relax at the Cox’s Cigar Lounge, compete in the ESPN Tailgate Games and visit with the many brewery owners, brewers and other reps from across the country. We will also have live music by Wicker Frog and Tony and the Tan Lines, the Flying Axes mobile ax throwing trailer, period-dressed pin-up girls, an interactive photo booth, and a handful of specialty vendors and snack companies. And if beer is not your thing, take advantage of the cider and sour bar or the Green River Bourbon booth with a limited specialty cocktail. Come find your next favorite beverage.

2. What makes Louisville the perfect place to host a world-class craft beer festival?

Louisville is a city steeped in culture with world-class spirits, restaurants, parks, and people. We also have some world-class breweries. Award-winning, in fact. Combine that with so much influence coming out of bourbon country into your local barrel-aged pint, and you have a kismet connection. And much like Louisville, craft beer has its own culture defined by the world-class people you encounter every time you step into a taproom or brewery throughout the country. As a city that truly embraces and celebrates independent businesses like no other, what better place to celebrate one of its most independent industries, craft brewing.

3. How did you get started in the craft beer industry?

I had a rather unconventional path to craft beer. Admittedly, I was not very familiar with craft beers when I came out of college in 2000. I suspect I was actually in the majority at the time. After starting my career in a family business and then as an entrepreneur, I had an opportunity in 2009 to work for a publishing company that produced DRAFT Magazine, a craft beer enthusiast publication. By this time, I had started to dabble in craft beer and was thrilled with the opportunity to work around an industry (craft beer) that was growing very fast. There were just over 1500 breweries in the US in 2009, and that number had doubled by 2013, and more than 8,000 breweries are operating in the US today. While at DRAFT, I had the privilege of traveling the country to visit a lot of iconic breweries and beer festivals and meet the brewers and owners who shared incredible stories about their lives and business. It is truly a unique industry in the manner that breweries share information and work together to create a rising tide. They understand that the betterment of one will benefit the industry as a whole. Perhaps the most valuable work I did at DRAFT was run a few beer fests around the country. On-the-job training for my next career. I worked at DRAFT Magazine until October 2018, when I decided to dedicate my efforts to HB Productions.

4. You only get to enjoy three craft beers for the rest of your life. Which do you choose?

This list is subject to change because craft brewers are constantly innovating and bringing my next favorite brew to the tap. That said, there is one classic that may never change, and some locals have definitely earned a spot in my “pick one” category.

Against the Grain Citra Ass Down Double IPA is one of those super hoppy IPAs, but with citrus aromas and even a hint of citrus flavor to me.

Country Boy Shotgun Wedding is a brown ale with just enough vanilla flavor to make it a classic in my book. I love the malty ale combined with the vanilla, and you can’t always drink IPAs. This beer also brings up one of my favorite things about craft beer, the unending battle of the breweries to come up with the most off-the-wall, often storied, names for their brews.

5. VIP for Tailspin is sold out, but how can tickets for General Admission be purchased?

General admission tickets are always available at tailspinalefest.com, but you can also find them at any Evergreen Liquor store location in Louisville (while supplies last), where you will save online fees. We also have an incredible shuttle program where patrons can catch a ride from one of 11 locations and get a pint, a bite, a round trip ride, and a dedicated entrance at Tailspin with no wait, all for $15. General admission tickets are separate, priced at $55.00, and include your admission, a souvenir sampling cup with tastings, and all the activities inside. Please drink responsibly. In addition to shuttle tickets available, Designated Driver tickets are available for $15, which includes a cup of coffee from Red Hot Roasters, water, and access to all entertainment and photo opportunities.

Have a story of note? Please email us at notablekentucky@gmail.com.