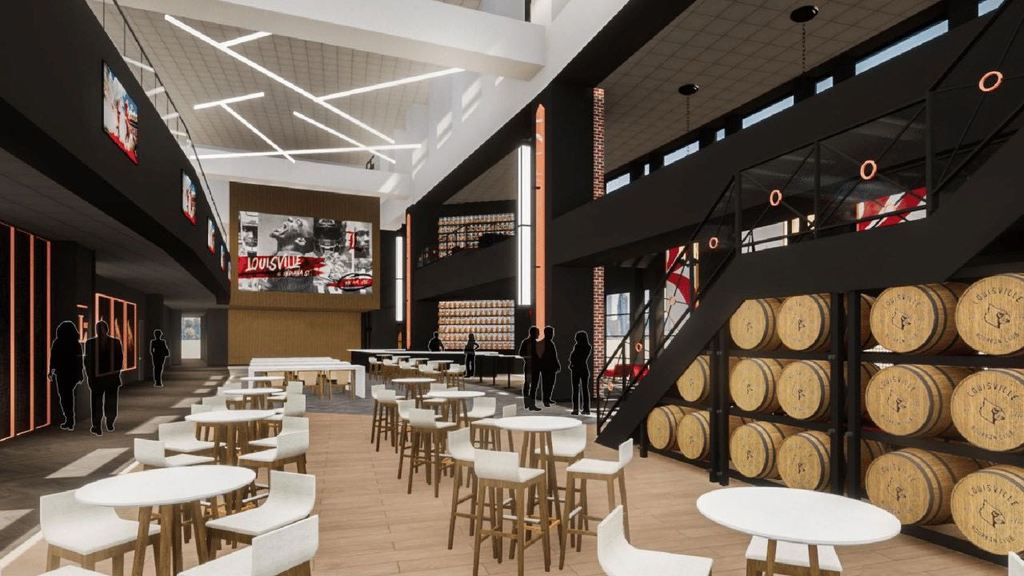 Angel’s Envy, the Louisville-based craft distiller that produces small batch, finished whiskeys, has agreed to a $4 million naming rights deal with University of Louisville Athletics. This will result in the creation of the Angel’s Envy Bourbon Club of Cardinal Stadium.

“We are sincerely appreciative of Angel’s Envy’s gift and interest in becoming the naming rights sponsor for the club,” said UofL Vice-President/Director of Athletics Vince Tyra. “We will now partner with Angel’s Envy to design and build one of the most unique event spaces in the city of Louisville. Our fans will enjoy a high-end club for gameday activities while our campus and community will enjoy a terrific event venue. I want to also acknowledge and thank British American Tobacco for availing us the opportunity to rename the Brown & Williamson Club.”

In appreciation of the donation that will be paid over 10 years, the Cardinal Stadium space currently known as the Brown & Williamson Club will be renamed as the “Angel’s Envy Bourbon Club.” The funds will be used to renovate the 18,000 square-foot club, which has not seen any significant upgrade since the stadium opened in 1997.

“We’re excited to share the Angel’s Envy story with the Cardinal fans, alumni, guests and visitors who come to the stadium year after year,” said Wes Henderson, Angel’s Envy Co-Founder and Chief Innovation Officer. “As a company with proud downtown Louisville roots, we can’t wait to engage with the many fans who continue to connect with, root for and celebrate our hometown.”

UofL is in the process of planning the club renovation and intends to begin the makeover in late November at the conclusion of the 2021 home football schedule. UofL has issued a request for proposal to select a design/build firm to plan and execute the renovation and construction of the space. Renovations are slated to be complete by the 2022 Football home opener on September 24, 2022. Visitors will now be able to order and enjoy Angel’s Envy Kentucky Straight Bourbon Whiskey Finished in Port Wine Barrels throughout Cardinal Stadium.

While the club, which spans the length of the football field, is a popular gathering place for fans at UofL football games, the space is used throughout the year for multiple events. This club space has been utilized for weddings, job fairs, conferences, meetings, awards dinners, registrations for car shows, bridal shows and many other events. The massive club can accommodate up to 1,500 for receptions, 1,000 in a theatre setting and 700 for banquets.

Angel’s Envy is a Louisville-based craft distiller that produces small batch, finished whiskeys. Co-founded in 2010 by the late Master Distiller Lincoln Henderson and his son Wes Henderson, it began as a passion project that combined their family’s deep-rooted passion for and knowledge of the industry with an innovative outlook on bourbon making and finishing. Today, Wes Henderson and his sons Kyle, Andrew, Connor and Spencer Henderson continue the family legacy, working together to produce core offerings: Kentucky Straight Bourbon finished in Port Wine Barrels and Rye Whiskey finished in Caribbean Rum Casks – as well as a variety of innovative, special releases.

Angel’s Envy opened the doors to its distillery in 2016 – it was the first full-production whiskey distillery in downtown Louisville and is located at 500 East Main Street. The company distributes to all 50 U.S. states and several select international markets as of February 2020.